Important: Silver also means that such kinds of NFTs minted on WAX come with a 15% reward pool chance. Do not miss the events to Declare your ownership on the Rewards page. Phoenix never misses a Thank you for being part of his cause.

Element: Water – The water has better efficiency for rewards on its way. The Phoenix will also have the opportunity to be blended into something very special in the near future.

Reborn Grade: 2 (This is a future grade that will provide an option to blend Phoenixline WAX NFTs into better ones).

The Thunderbird was a large, red, and colourful bird. It had very strong winds and when the bird would flap and beat them, it was capable of making it rain and thunder. Thus, the thunderbird played an important role in rituals and traditions. Since it was associated with the weather, its feathers were used for healing, for magic, and to make it rain and grow crops as well. 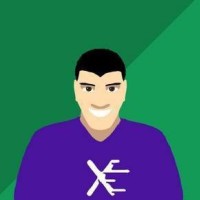 Innovation hunter and passionate gamer with daily blockchain, cryptocurrency, NFT discoveries. As an innovator, my mission is to provide real-time updates and share my work and gaming experience with as many people I can. I believe that nothing is worth it if is not shared.

View all posts by DiassDouglas